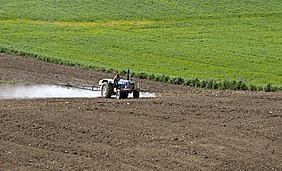 Despite their many benefits, pesticides are associated with many health and environmental risks. While pesticides may increase food production and alleviate some vector-borne diseases, their use can be harmful to humans, other life forms, and the environment. No segment of the population is completely protected from pesticide exposure, and the health effects of pesticide use are disproportionately experienced by people in developing countries and high-risk groups within each country.

While conventional farmers use pesticides to control pests, organic farmers only use them when other preventive methods are unsuccessful. In order to achieve certification as organic farmers, Department of Agriculture rules require that organic farmers emphasize prevention over treatment, plant pest-resistant varieties, and use predator insects and beneficial microorganisms. These measures help prevent the spread of pesticides, but they also limit farmers’ financial compensation for higher production costs.

While “natural” pesticides have many benefits, they are not without risk. Even organically grown foods can harbor harmful pathogens. One study found that E. coli was found on 10% of organic farms compared to just 2% of conventionally grown produce. Another study found that Salmonella was only found on organic farms, and that was after a rigorous search for evidence. So, organic farmers should be wary of using synthetic pesticides.

There are some benefits of non-organic pesticides, but the health implications aren’t worth ignoring. The credits of using pesticides include increased food production and decreased incidence of vector-borne disease. However, pesticides aren’t without risk to humans and other life forms, and their adverse effects are often disproportionate to the population in low-income and developing countries.

Agricultural companies have long touted the benefits of using Organophosphate insecticides. These chemicals have similar modes of action to carbamates, which target the nervous systems of their target pests. They act by interfering with the activity of acetylcholinesterase, which regulates the release of acetylcholine in synapses. However, these pesticides have long been controversial and have been associated with numerous health risks, including cancer.

While the use of Organophosphate insecticides is essential in agricultural production, it’s important to note that it is also toxic to humans. In humans, Organophosphates have been linked to increased risks of developing hormone-related cancers such as breast, thyroid, and ovarian cancer.

There is considerable evidence that organic farms use far fewer pesticides than conventional fields. This translates into lower ecotoxicological impacts, since organic farms do not spray their fields as often. Also, organic fields generally do not use compounds with high acute human toxicity, defined as category one or two according to EPA acute toxicity scales. Yet, conventional farms still spray their fields with a similar number of pesticides.

The amount of a pesticide that produces a symptom is known as the “least detectable adverse effect level.” The level of a symptom is the lowest amount of the pesticide that is effective in causing the occurrence of that phenotype. However, some pesticides may have no detectable toxicity at all. If you are unsure whether a particular chemical is toxic, it is best to consult a qualified physician.